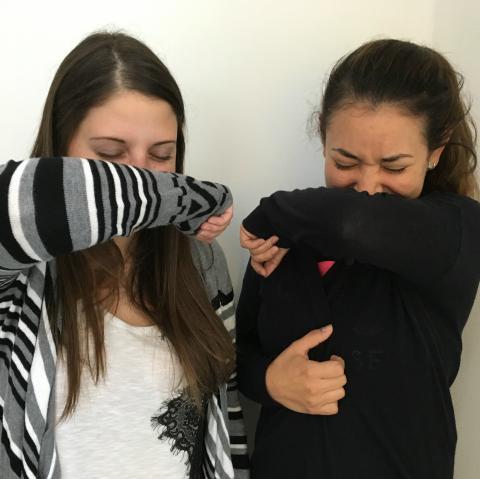 Pertussis (whooping cough) causes violent coughing that may last for months. During coughing episodes, people may make a "whooping" sound when they try to inhale.

Most people recover from whooping cough with no problems, but it can be dangerous in young children, especially babies, and the elderly.

Direct contact with fluids or airborne droplets that are inhaled.

Symptoms can be range from mild to severe. Hear what it sounds like in a child and in an adult.

Symptoms may occur in three stages, especially in young children. Others may not follow this pattern of symptoms.

In stage 1, symptoms are cold-like:

In stage 2, cold symptoms get better but coughing gets worse.

Diagnosis may be difficult, because people may seem healthy between coughing episodes. Health care providers can perform a variety of tests to properly diagnose.

Pertussis is usually treated with antibiotics, which reduces duration of illness and transmission to others.

Adults or teens with pertussis need to take antibiotics for at least 5 days before returning to work or school, to prevent transmission to others.